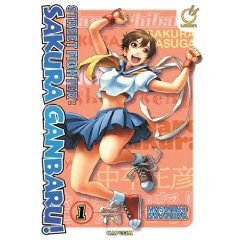 This is a manga that as you have probably guessed by now is based on the Street Fighter Games! Sakura is the main character in this two book series. As per her usual story lines she is on a quest to find her hero and possible crush Ryu!

Now I know what you are asking yourself! How does one find the unfindable Ryu?? Well you up your chances by joining a street fighting championship! This particular tournament is being held by another street fighter character Karin.

Along the way we meet other street fighter characters in this volume some of the faces you may know are: Dan Hibiki, Lee and Ken Masters. Sakura takes on all of these competors on the road to Ryu! Will she find the man she thinks is the best street fighter ever? and what will happen when she finds him? 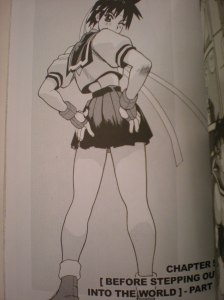 put out by : Udon