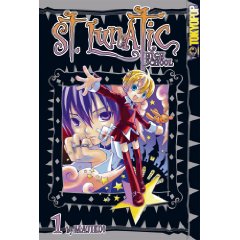 MONSTER SCHOOL! To begin we have Niko and her brother. They are very poor and living in a dumpy apartment that they can’t afford. So when Niko’s brother Atchan gets a teaching job where they can live on campus it seems like a dream come true!! ….More like a living nightmare… 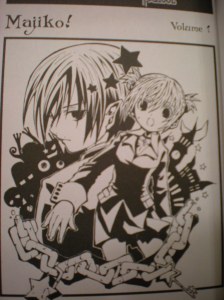 The house they move into is falling apart and Niko has to attend night time classes. The classes she is taking happen to consist of monster students!! Niko is very afraid of her new classmates and wants to run away from the school but can’t because her brother wants to stay there. So she tries to make friends with her classmates but things keep going wrong. Soon the other kids start to bully her by stealing the flowers she is selling to make money for her and her brother. When the they throw them out the window Nico doesn’t stop to think she jumps out the window after them. Her classmate Ren jumps out to save her and that is when we learn that he has crazy wings! He thinks Nico will be afraid but she bandanges him up and thus ends the first chapter. Who puts it out : Tokyo Pop Mangaka: MAJIKO! _